There's more to explore in the 2020 playbook. Registration Now Open! 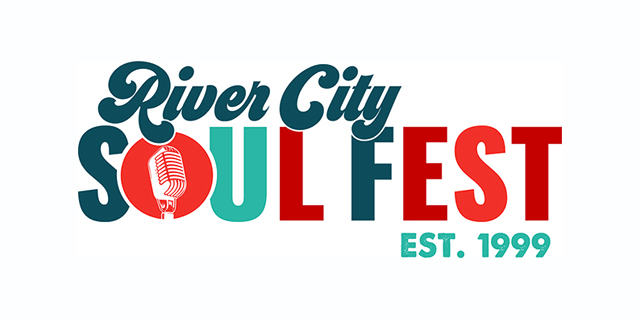 Preparations are underway for the 2019 River City Soul Fest and visitors might notice a couple of changes this year!  As the festival enters its 21st year, re-branding has taken place which features a new logo.  Also new this year, the festival will feature two days of R&B music for the first time, followed by a day of Gospel.

The 2019 River City Soul Fest kicks off on August 9 with Dru Hill.  Dru Hill is engraving itself into the legacy of R&B music and bringing a dynamic sound to the ever-changing industry. Known for hits like “Tell Me,” “In My Bed,” “Never Make a Promise,” and “How Deep Is Your Love,” the group has given the world music for the ages.  The evening of music will also feature B Joe.  The Brian McKnight 4 will perform on August 10th.  Brian McKnight has gained international and domestic recognition, earning himself a spot in contemporary music history. He has released 19 albums to date over the past twenty-five years, selling over 30 million albums worldwide. With 16 Grammy Award nominations and numerous chart-topping songs, McKnight has established himself as a musical legacy.  The evening of music will also feature Dexter O’Neal & the Funk Yard.  Gospel Fest will take place on August 11 and feature a New Artist Showcase, Praise & Worship, Church of Tomorrow (youth), Honoring the Legacies, A Trip Down Memory Lane (Community Choirs Reunite) and Special Guests.

There's more to explore in the 2020 playbook. Registration Now Open!

This website uses cookies to improve your experience while you navigate through the website. Out of these, the cookies that are categorized as necessary are stored on your browser as they are essential for the working of basic functionalities of the website. We also use third-party cookies that help us analyze and understand how you use this website. These cookies will be stored in your browser only with your consent. You also have the option to opt-out of these cookies. But opting out of some of these cookies may affect your browsing experience.
Necessary Always Enabled

Any cookies that may not be particularly necessary for the website to function and is used specifically to collect user personal data via analytics, ads, other embedded contents are termed as non-necessary cookies. It is mandatory to procure user consent prior to running these cookies on your website.